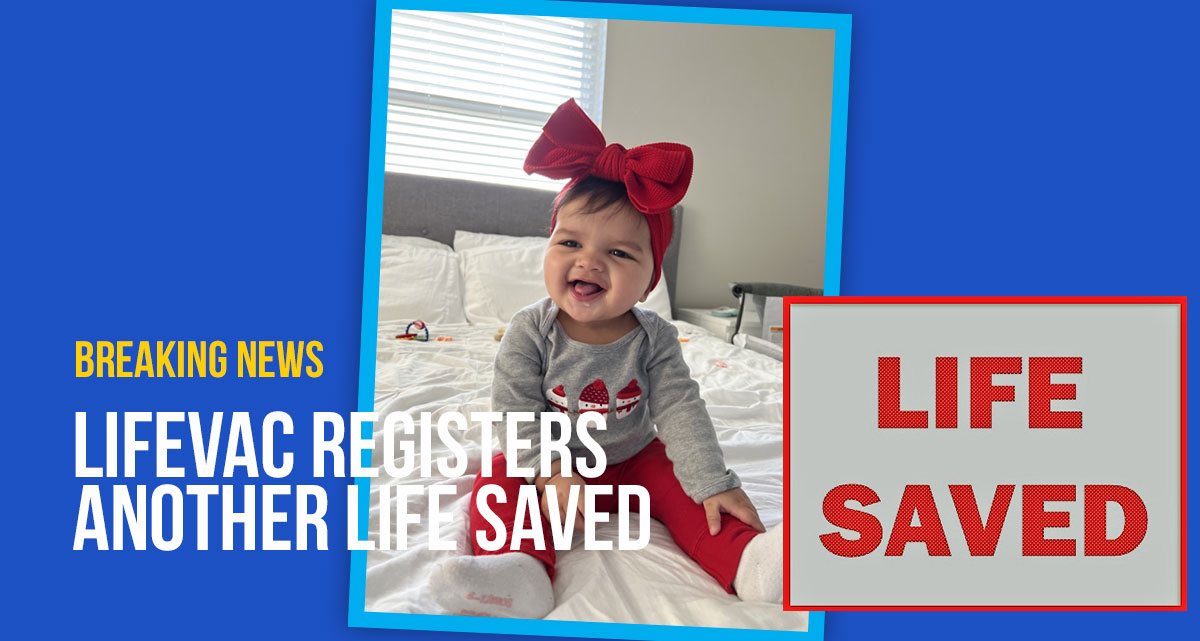 LifeVac are proud to share news of another life saved

This precious 7-month-old baby girl choked on a piece of plastic that had fallen on the parent’s bed. Here is the frightening testimonial from the child’s mother.

“My 7-month-old daughter was playing and found a small piece of plastic that I wouldn’t have noticed but she did. I’m sitting right next to her, and she starts gagging, like the kind of gagging that’s she’s trying to throw up whatever it is and she’s trying to gasp for air but getting very little. I had no idea what she put in her mouth as all the toys around her had no small parts and were made for her age group. I tried looking in her mouth but saw nothing. That’s when I freaked out. I tried back blows meant for an infant, and even the thrusts, but nothing. I was yelling at Siri to call EMS but by the time it finally called them, I had already pulled out our LifeVac and in one pull it was out and she was crying. I’d never been so relieved and couldn’t imagine what could have happened if I had to wait on an ambulance to arrive.”

LifeVac Saves 11-Month-Old That Choked on a Chocolate Wrapper

Woman Saved by Good Samaritan with LifeVac in a Choking Emergency …