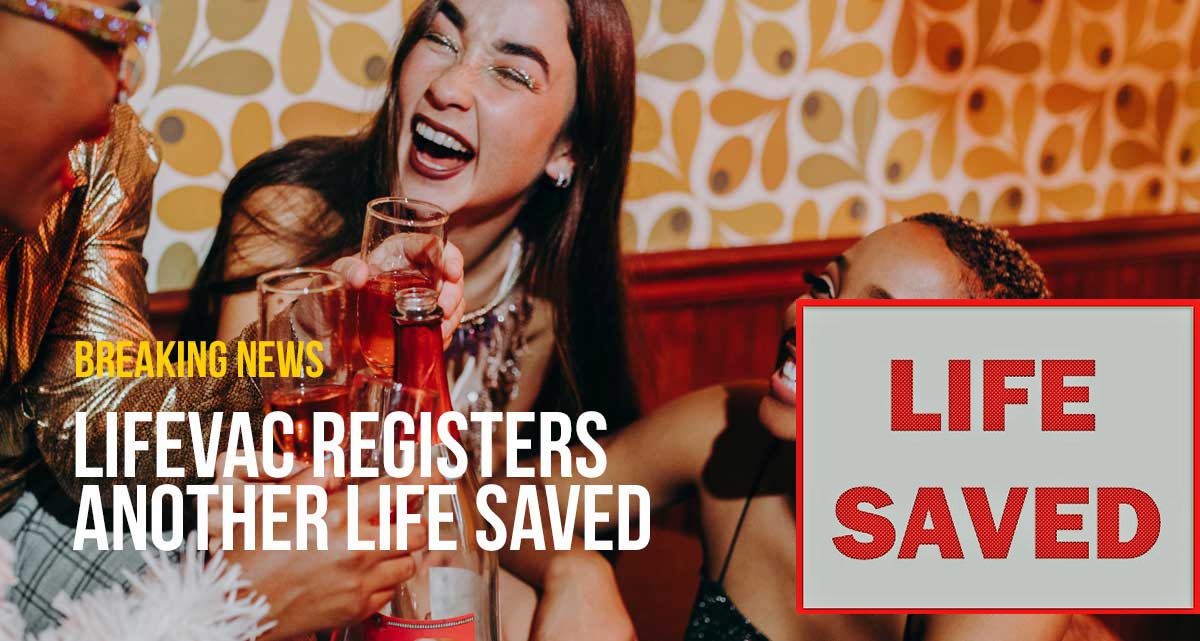 LifeVac is excited to share news on another life saved

On December 31st, a 23-year-old female was attending a New Year’s Eve party when she began choking on a chocolate chip cookie causing a full airway obstruction. LifeVac was used immediately and on the first Place – Push – Pull, the obstruction was dislodged saving her life.

Here is the testimonial from the family that used the LifeVac to save the young woman’s life:

“As I write this, I am still in complete shock. Our family decided to host friends and family for New Year’s Eve and we ended up having approximately 45 people at our home. After about 30 minutes of hanging out at the house, one of our closest friends began choking on some homemade cookies. As they were still somewhat hot from the oven, they stuck to her throat and did not slide down correctly hence creating a blockage. Thankfully, I had just received my replacement travel unit (yes, I had used my previous unit less than 2 weeks before this incident!!!) and with the help of her mom, was able to completely remove the cookie on the first pull. It’s crazy to me how often choking can happen and I am certain that without this device, we would’ve had a much more difficult time helping her. Note: I am a PA and with my recommendation, our hospital just agreed to purchase several units. I had confidence in this product before but now more than ever…I am sold for life!”

62-Year-Old Saved from Choking with LifeVac

62-Year-Old Saved in a Choking Emergency with LifeVac …