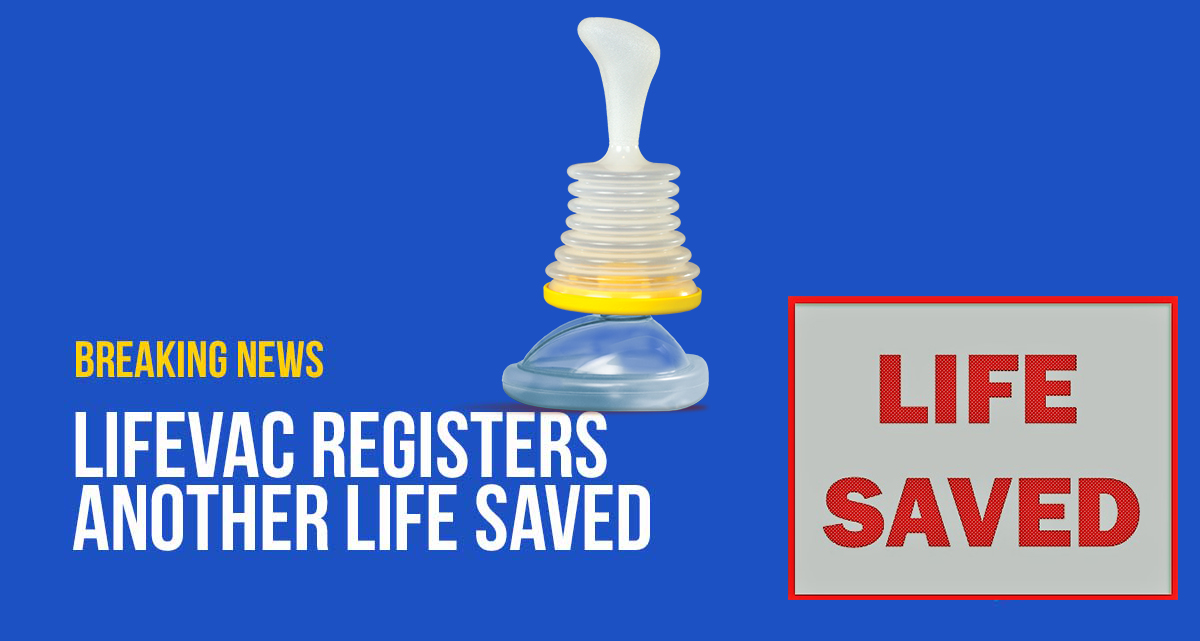 LifeVac are happy to announce another reported life saved

It has been reported to us that a 48-year-old male choked on a cracker. Choking rescue procedures were performed on the gentleman but were unsuccessful. The individual was laid down on the floor and LifeVac was applied. On the second Place – Push – Pull, the cracker was dislodged freeing his airway.

“Patient in lab passed out. When he came to, crackers and juice were given to him. The patient began to feel dizzy again while eating the cracker and began choking. The patient was saved by this device!”

Elderly Woman Saved With LifeVac in a Choking Emergency …