Home / Woman with Parkinson’s Chokes and is Saved with LifeVac 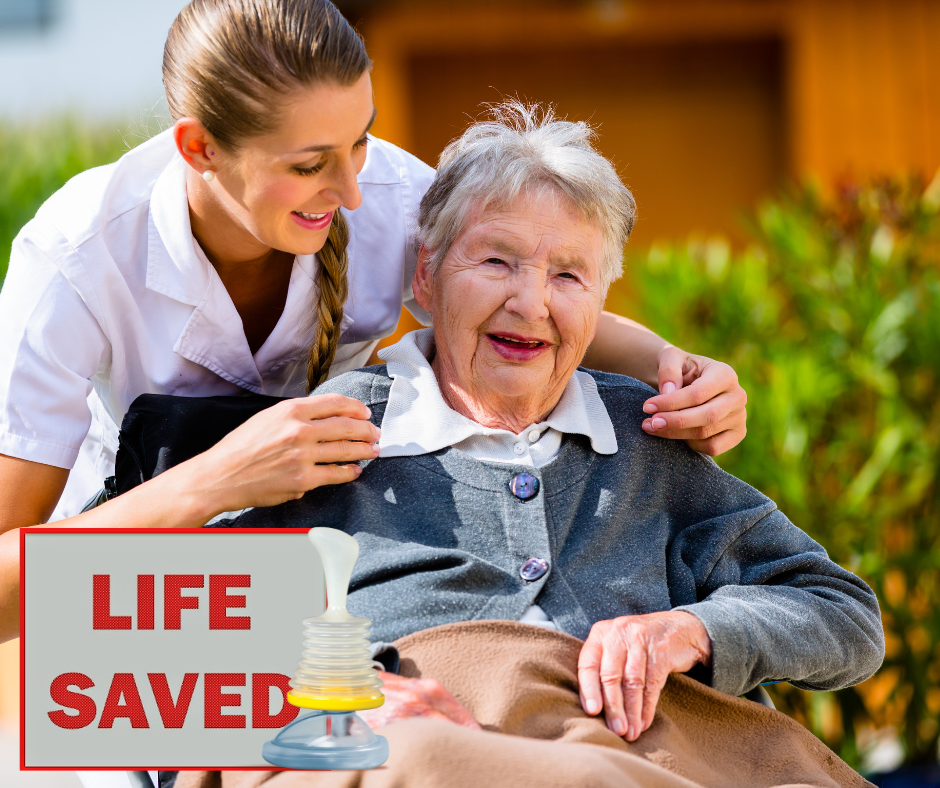 It was reported to us that a 74-year-old female with Parkinson’s, and several medical issues choked on a peanut butter sandwich causing a full airway obstruction. Staff at the Montana facility followed BLS first aid choking protocol but was unsuccessful. The patient then became unconscious. LifeVac was used multiple times and successfully dislodged the sandwich saving the woman’s life. We are so thankful the facility chooses to add LifeVac as part of their first aid equipment.

If First Aid Choking Protocol is so Effective, Why was LifeVac Invented?

The Truth Around Choking …