Home / Arthur Lih the inventor of LifeVac shares his story

We are extremely proud to have created LifeVac with Arthur who is a close family friend as well as a part of our inspiration.

For people who are wheelchair users this 70% effectiveness is less than half as abdominal thrusts may not be able to be performed.

LifeVac has saved many lives around the world, the most recent being in a care home in Preston, United Kingdom and Lifevac’s first life saved in Australia.

Suction has been around for many years in ALS  protocol, but due to this type of suction being invasive (having tubes) there are risks such as pushing the obstruction further back, tearing of the Lingual Frenulum making the tongue become an additional obstruction and tubes becoming blocked rendering the equipment useless. So this type of suction is restricted to ALS trained professionals that can counteract these complications.

This why LifeVac was invented, so that non-invasive suction can be used by anyone. LifeVac remains the ONLY airway clearance device with independent medical testing and peer reviewed medical publications proving safety, effectiveness and lives saved. 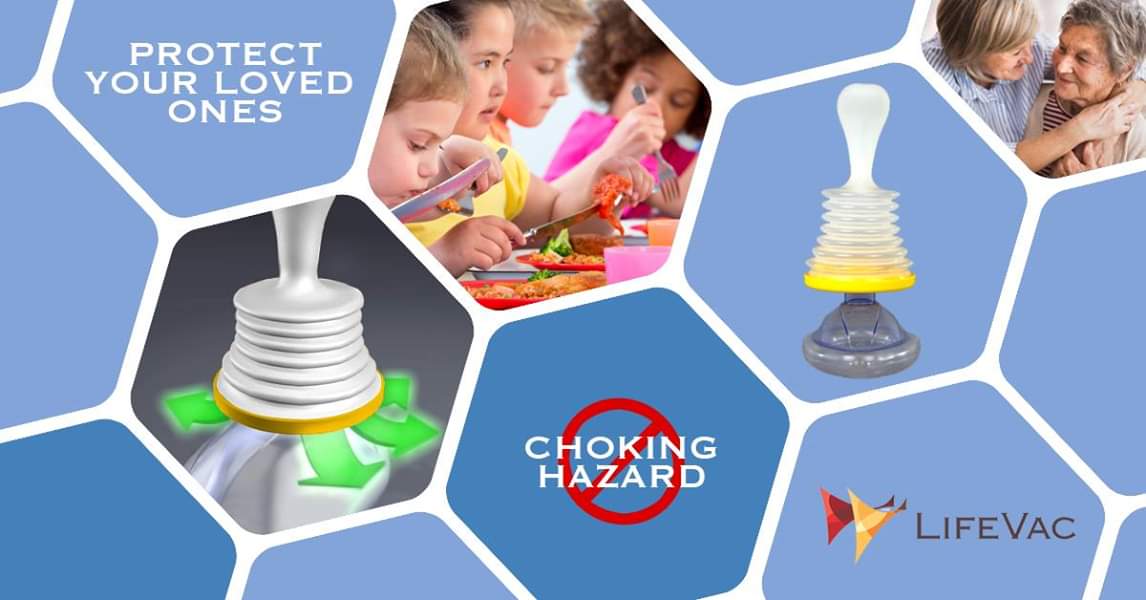 10-month-old saved from choking inside Irmo restaurant with LifeVac

2-Year-Old Boy Saved by LifeVac in a Choking Emergency …