Home / Saving lives in the care sector around the world!

Being LifeVac Europe means we proudly have partners around Europe, Middle East and Africa who help us save lives. 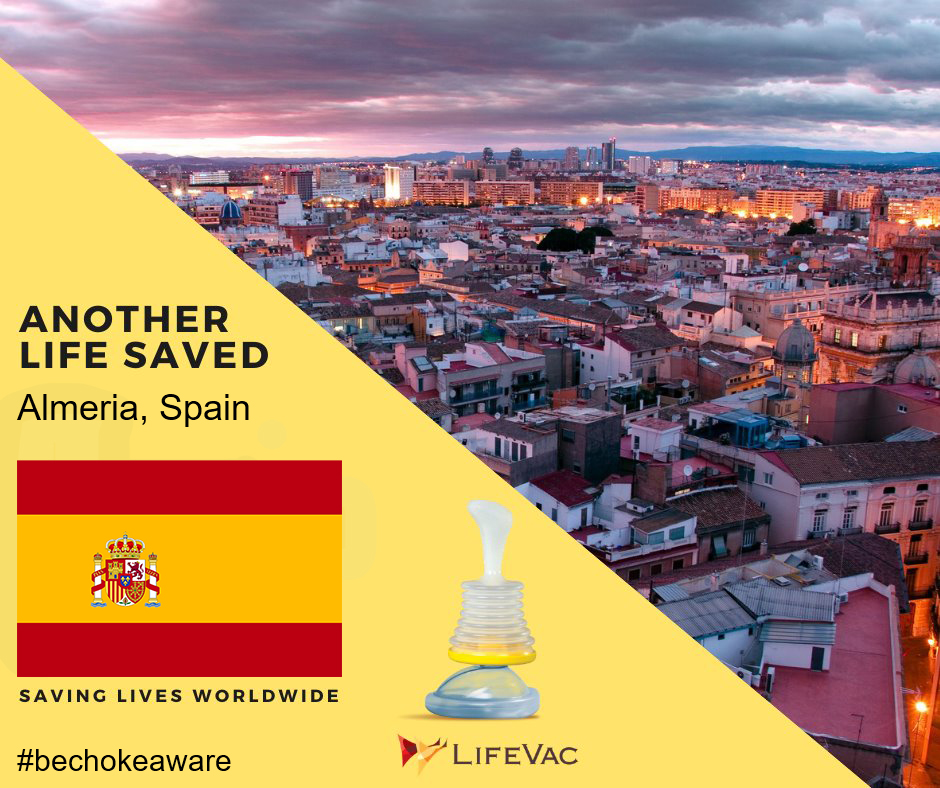 A female resident of a care home in Almeria, Spain became unconscious when she began choking on her meal of rice and vegetables. The resident was laying on the floor following dedicated staff carrying out BLS protocol which unfortunately failed to dislodge the obstruction. Staff quickly utilized LifeVac which dislodged the bolus of chewed up rice and vegetables saving her life.

Due to receiving BLS protocol the resident was given an x-ray as a precaution and given the “all clear”.