BLS choking protocol when performed correctly in a perfect situation is around 70% effective, with risks of internal bleeding, fractured ribs, and ruptured spleen. These risks are greatly outweighed by the potential loss of life from such a preventative cause of death. For people who rely on wheelchairs for everyday tasks this success rate drops from 70% to roughly 40% as they may not be able to receive the abdominal thrusts. This could be due to being in a high back wheelchair, frailty, or conditions such as Spina Bifida and Muscular Dystrophy.

A common myth or misconception with first aid and choking is that, when people are trained in how to deal with a choking emergency, they go away thinking it will always work and that is all that they will need. When having a first aid class delivered to you, trainers do not explain how effective choking BLS protocol actually is, which leads to people thinking it is 100% effective. However, this is sadly  not the case.

When choking deaths due to the failure of BLS are reported in the media, articles promote taking first aid courses which is a must, which does not address the issue of what people could do when BLS fails to dislodge a foreign body airway obstruction (FBAO), as the must have skills they are promoting have failed to work.

Choking remains one of the leading causes of accidental death in adults over the age of 65 and children under five. For children, hazardous choking items including certain foods and toys pose great danger.

In the UK, correct choking statistics are very hard to find, with some even going as far as saying the true toll of choking deaths are being hidden from public view.

According to CE safety, recent Office for National Statistics (ONS) government statistics from the UK show that “351 people die on average every year as a result of choking and further analysis of reports published by coroners suggests the true toll is being hidden”.

This toll is extremely misreported, so, we at LifeVac Europe carried out a Freedom of Information (FOI) requests on all NHS ambulance trusts in the UK. Even though some Trusts said the information requested would take too long to gather, the ones that did report back suggest that choking related deaths are much higher than stated by the ONS, with just one report being used as an example from South Central Ambulance Service (SCAS) in 2017. In this report, it showed that 154 people had died from choking upon their arrival. This is just from one NHS ambulance service out of 13 Ambulance services/trusts in the UK.

This figure demonstrates how wrong the ONS “statistics” truly are.

Foods that are classed as a choking risk are things such as grapes, marshmallows, hard boiled sweets, and chewy sweets, such as Haribo and hotdogs. It is always recommended to cut food up for children, for example, you would not give a whole grape to a child as these are a “perfect” size to block their airway. It is recommended to cut grapes in at least half. Infants, children, and young people with a neurodisability, and those born prematurely, are most likely to be at risk of dysphagia, but feeding difficulties also occur in typically developing children.

Small toys such as bouncy balls, pens caps, marbles, and toys that have small parts are best kept away from children as they learn texture and taste in their developing process by putting items in their mouth. Most toys come with an age recommendation on the outer packaging, this to prevent the risk of choking.

Choking in adults above the age of 65 is due to many reasons, and mainly occurs in healthcare settings such as care homes, respite centres, nursing homes, and domiciliary care.

Frailty is a major factor when assessing a choking situation. As we age, we lose bone mass and density, bones become brittle and may break more easily. Due to this, someone who is 65 and older may not be able to receive the abdominal thrusts due to serious risk of breaking bones from which they may not recover. This means they can only receive back blows in a choking emergency, drastically reducing the survival rate.

Dysphagia is the inability to swallow foods and liquids correctly or being unable to swallow at all, this affects 50 – 75% of nursing home patients. Dysphagia can develop for many reasons, the most known reason within the adult care sector is neurological disorders such as Multiple Sclerosis, Parkinson’s disease, Huntington’s disease, and Alzheimer’s disease. There are over 600 neurological disorders that affect over 14.7 million people, equating to at least one in six people living with one or more neurological conditions.

What many people do not know is that dysphagia in adults can also occur as a result of any of the following medical problems: stroke, head injury, brain tumour, HIV, lung cancer, Lupus, and many more.

What is LifeVac and how does it work?

LifeVac was invented by Arthur Lih from Long Island New York after hearing about a mother and father devastated from losing their child who choked on a grape. Sadly, there was nothing the doctors could do to dislodge the grape. Arthur, a dedicated father, spent the next 18 months researching choking and developing LifeVac.

LifeVac is an innovative non-invasive airway clearance device that has been designed to enable suction used in ALS and ILS to the normal everyday person, to save lives in a choking emergency when choking BLS fails. The use of suction to help dislodge an FBAO has been around for many years in ALS and ILS protocol and used by paramedics around the world, so everyone already knows that suction works to help dislodge an FBAO.

However, these suction devices/machines have tubes which can become blocked rendering the equipment useless if only part of the obstruction has been removed. There is also a high risk of tubes pushing the tongue back in a panic situation or tearing of the lingual frenulum causing oral damage further complicating the already panicked situation.

With two sonic welded discs for interchangeable sized masks, one LifeVac device can be used for all age groups by simply changing out the mask. LifeVac has a patented one-way valve system which means that when applied, no air can be forced through the mask, only through the second vented disc. When pulled the valve closes which generates over 326 mm Hg of suction, safely and effectively dislodging the obstruction. LifeVac has translucent bellows which allow the rescuer to see if the obstruction has been removed and entered this area or the mask.

“In today’s day and age due to human rights and ethics, you cannot carry out clinical trials on humans with medical devices such as LifeVac”

From the beginning, LifeVac set out to make sure that safety and compliance is the number one priority. LifeVac was first independently tested by Retliff to see how much inbound and outbound pressure was generated when applied to see how effective the one-way valve system truly was.

LifeVac then went through durability testing to see if it could still be used in extreme hot and cold temperatures. Following this, the true tests came where the device was independently studied on adult and adolescent simulation manikins and a cadaver to see how effective LifeVac could be in dislodging an obstruction of the airway. A total of 49 out of 50 times in the independent cadaver study showed that LifeVac dislodged the simulated food bolus on the first application, and on the 50th time the bolus was removed on the second application. These studies are available via The American Journal of Gastroenterology,  The American College of Emergency Physicians and The American Journal of Emergency Medicine.

Following this evidence of efficacy an independent publication was then published in the International Journal of Clinical Skills on 11 lives saved by LifeVac – ‘Successful Use of a Novel Device Called the LifeVac to Resuscitate Choking Victims World-wide Results’.

1) An independent study carried out with a LifeVac device and a Laerdal choking adolescent simulator system. The LifeVac device successfully removed the obstruction 496 times out of 500 attempts in one single attempt. In 498 out of 500 in two attempts, all 500 obstructions were removed with three attempts

To date, LifeVac has now saved over 96 lives from choking to death when BLS has either failed or cannot be performed and zero unsuccessful reported usages. This does not mean LifeVac will always be a 100% successful when current BLS fails to work or cannot be performed, but it does show that LifeVac has the potential to make current BLS protocol more effective in treating a choking victim – raising the current 70% effectiveness of BLS choking protocol to as close to 100% effective, as well as giving people such as wheelchair users an additional option when faced with a choking emergency.

LifeVac has been used on conscious and unconscious casualties who have been lying down, sitting, and standing. LifeVac has even been self-applied when someone began to choke when they were on their own.

Our long-term goal is to get “non-invasive handheld airway clearance devices” into BLS choking protocol and taught through first aid. This will put an end to the hundreds of thousands of deaths that occur every year due to FBAO. We are working hard to achieve this and are gathering more and more data every month to support this goal.

LifeVac® Saves Another Life from Choking in a UK Care Home

LifeVac Helps Save Another Life in a UK Care Home 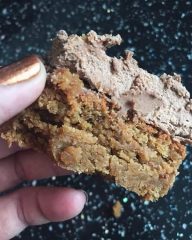 On the 27th of August LifeVac was informed once again of saving another child’s life! …