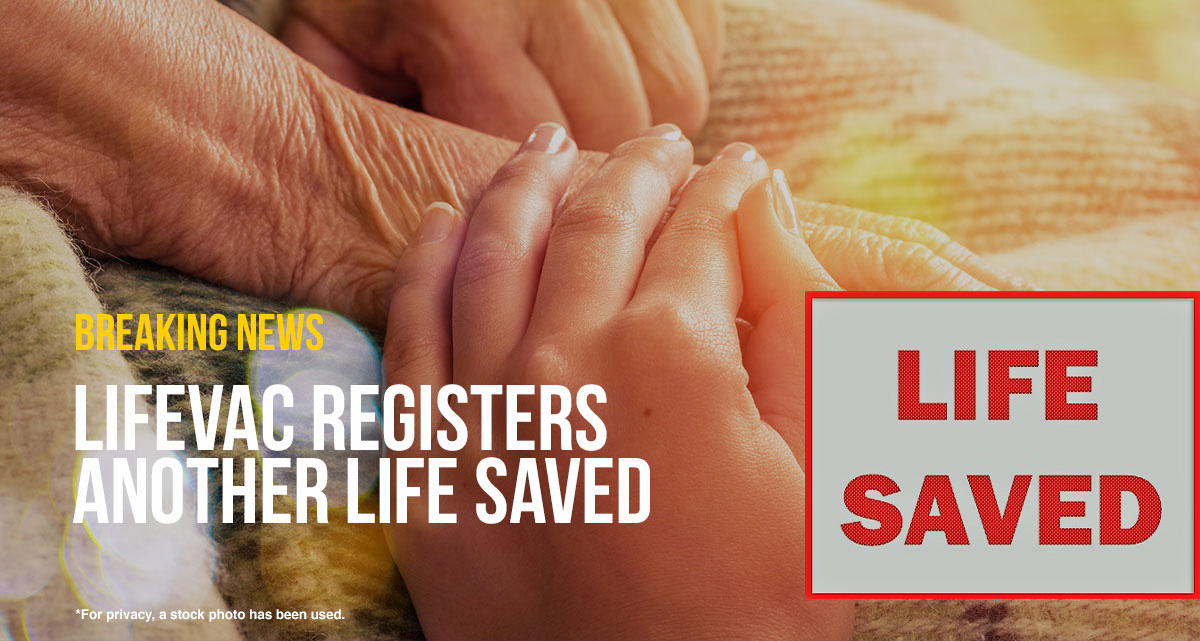 LifeVac Europe are happy to share news of another life saved in New York.

An 80-year-old woman choked on stuffing during meal time causing a partial airway obstruction. The choking victim had Polio as a child and choking is sadly a side effect that has occurred many times throughout her life.

“We are thankful for LifeVac”

17-Year-Old Chokes and is Saved with LifeVac