8-Year-Old Girl Saved With LifeVac In A Choking Emergency 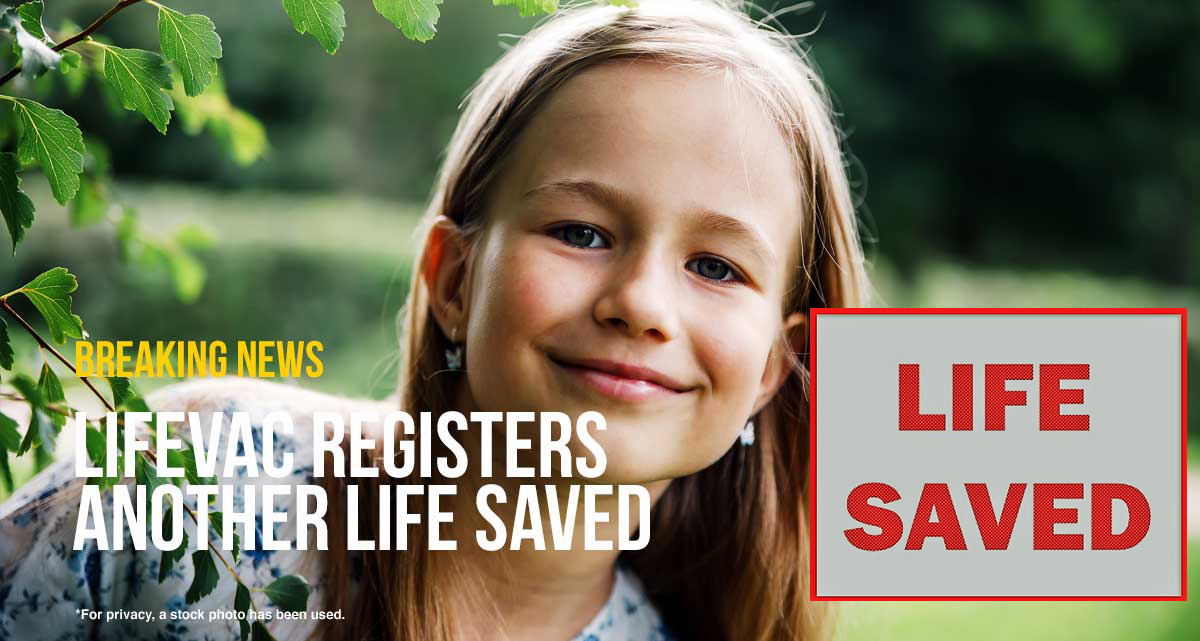 It was reported to us that on December 5th an 8-year-old girl began choking on a piece of chicken.

The chicken caused a partial blockage of her airway. The abdominal thrusts were performed but was unsuccessful. LifeVac was used in a standing position 3 times and removed the obstruction. “Dislodged and was fine!”

We are thankful her family told her about LifeVac. You never know when a choking emergency may occur. Being prepared in an emergency situation can be life-changing.

6-Year-Old Chokes on Marble Saved by Mother with LifeVac

LifeVac saves boy who chokes on piece of plastic