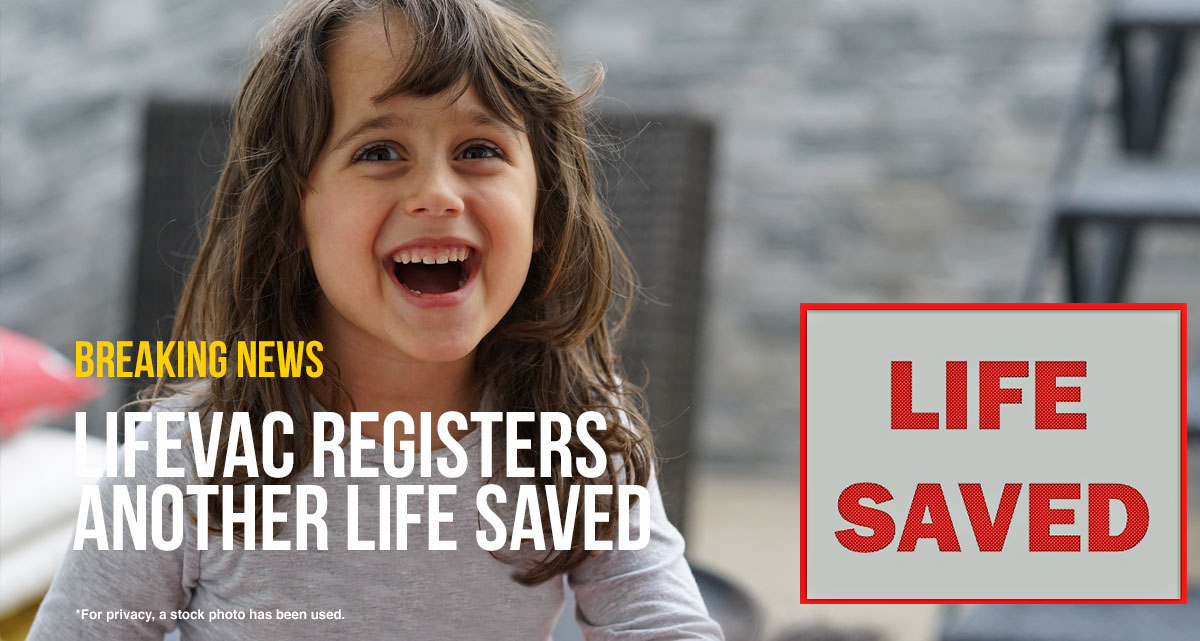 A Good Samaritan helped save the life of a 4-year-old girl. The little girl choked on a warhead candy causing a total airway obstruction. Here is the terrifying choking story shared by the mother that had the LifeVac. Please read and share!

“I was at my neighbor’s house with my daughter, where she and the neighbors play all the time. Occasionally there are other children there that the mum watches after school until the parents get out of work. I had just gotten my daughter from school, grabbed the post, and realised I had gotten a piece of my neighbor’s mail. I saw her outside with the kiddos, so I grabbed my little one and we walked over with the piece of mail.

My daughter and the neighbor’s son started playing as soon as we walked up the driveway, and I got engaged in conversation with the mum. I ended up helping her carry some of the kid’s stuff in because she had a couple of extra little ones she was watching that afternoon. When we got inside, the kids were playing for a little bit, and then all of a sudden we heard what we think was a cough. I heard another kid say “uh-oh”, and we both looked in to the room. One of the older kids had gotten Valentine’s candy at school, and little Phoebe decided she wanted to try Warhead candy that day. When we got to her she was still sitting up, just couldn’t breathe. My neighbor went right to action, trying the abdominal thrusts. I was more so panicking, trying to figure out what she was choking on. The kids were screaming candy candy candy.

My neighbor was in the middle of the abdominal thrust and I remembered the video my mum had sent me a few months ago. It was of a baby’s life that had also been saved with the LifeVac, and my mum sent it to me because she bought me my Lifevac unit when my daughter was born. She had told me that I choked on a coin when I was two, and said just in case. I had always kept it in the back of my truck, tucked away nicely. I then tell my daughter to stay put, yell to the neighbor I’ll be right back, and I ran as fast as my legs would possibly let me. Thankfully I had my keys on me still from just getting home, so I had the back of the truck open before I got there.

I grabbed the unit and remember thinking, please let everything be okay by the time I get back…and then the other half of me was trying to prepare for the worst if it happened. I can’t explain how powerful that feeling is, and I wish it on no one. I got back and Phoebe was not moving. I grabbed the device, and just remember thanking the powers above for letting me see that video just months before. I put it together and my neighbor’s husband put it on Phoebe who was then turned on her back.

All I remember next is the sound of the device. Once, twice, which felt like an eternity…and I believe it was the second try that it came out. Possibly the third. It’s still a little blurry. We then grab the piece of candy, which was accompanied by one of the most shrilling gasps we’ve ever heard. She was back, coughing and traumatized, but alive. Phoebe’s mum came about twenty minutes later and took her to the hospital to make sure everything was okay. My neighbor reached out to me yesterday and let me know the child’s mum said she is doing just fine.” 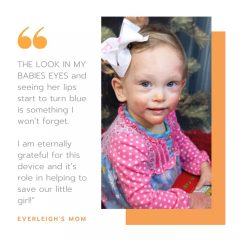 Six lives in only 2 months!

The start of the year has been amazing for LifeVac, We understand that some people do report to us when LifeVac has saved a life, as this is what is expected from our device. So to encourage all uses to be reported back to us every LifeVac comes with a feedback form, we offer free …