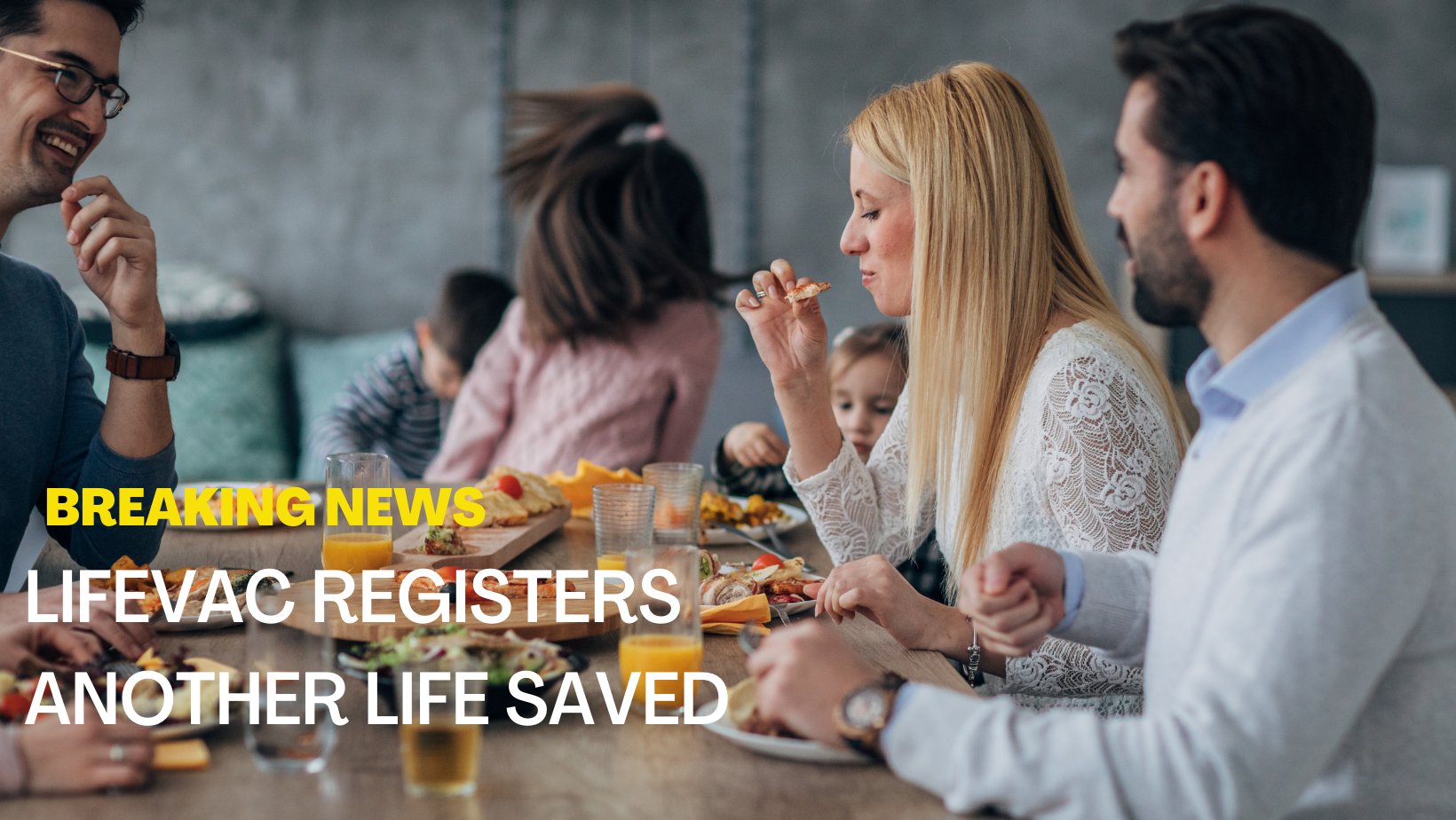 A 47-year-old male choked on a piece of steak. The gentleman was having dinner with his family when his sister-in-law realised he was choking.

As a nurse, she knew exactly what to do and immediately took action and started performing abdominal thrusts. She attempted choking rescue procedures 5 or 6 times to no avail. EMS were called, her brother-in-law started to become unconscious. She thankfully had a LifeVac and successfully removed a large chunk of steak on the 2nd application. Upon the arrival of the first response, he was evaluated and given a clean bill of health. 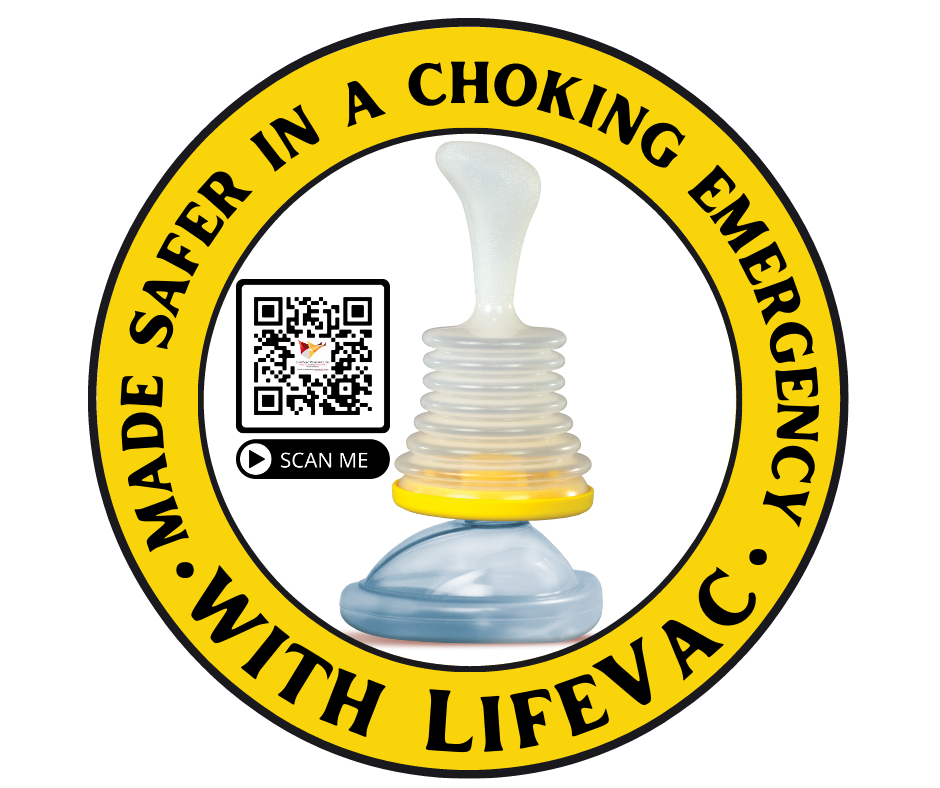 6-Year-Old Chokes on Burger and is Saved by LifeVac

LifeVac® are Delighted to Share News of Another Life Saved …