LifeVac is delighted to announce another life saved

LifeVac received news that a 7-month-old baby boy, choked on half sized grape given by older sister not realising he couldn’t eat it.

Here is the mother’s frightening testimonial of the choking incident:

“I put off ordering the LifeVac for a while. I had it in my cart and then something would come up that required more money than I anticipated so the LifeVac got put on hold. Finally, after some conversations with my mother who lost her father and aunt to choking deaths, she convinced me that I needed to go ahead and buy it. I purchased two home kits, one for me and one for her house. I received both kits and stashed mine in the cabinet in the kitchen with the thought that if I ever need it, it will be right there where we all eat and easily accessible.

I had no idea I would need my LifeVac not even two weeks after receiving it. Flash forward two weeks from the day I got my kits, my older kids, both 7 years old, were out of school for a snow day. My daughter who is overly ambitious about helping me with her little brother, who is 7 months old, has seen me feeding him and wanted to help so she decided to share her grapes.

As I had my back turned, unloading the dishwasher, I heard my son start to gasp. My daughter began screaming “IM SORRY IM SORRY! as my son began to turn a scary shade of red and that’s when I realized he was not breathing at all. I ran to the cabinet, grabbed the kit, put my son on his back and in one attempt dislodged half a grape my daughter had bitten off and given to him. 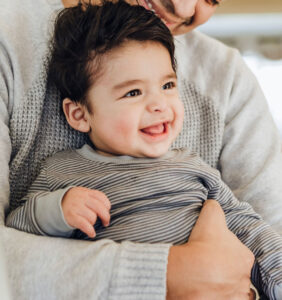 LifeVac saved my 7-month-old son and I quickly realised how lucky I was that I ordered those kits when I did. I am eternally thankful for LifeVac. I can’t imagine life without my baby boy and because of LifeVac I don’t have to.“

The team at LifeVac Europe are incredibly pleased to share the wonderful news that LifeVac has saved another life in the adult care sector.   …

LifeVac® Saves Another Life in a UK Care Home