LifeVac are proud to announce another life saved 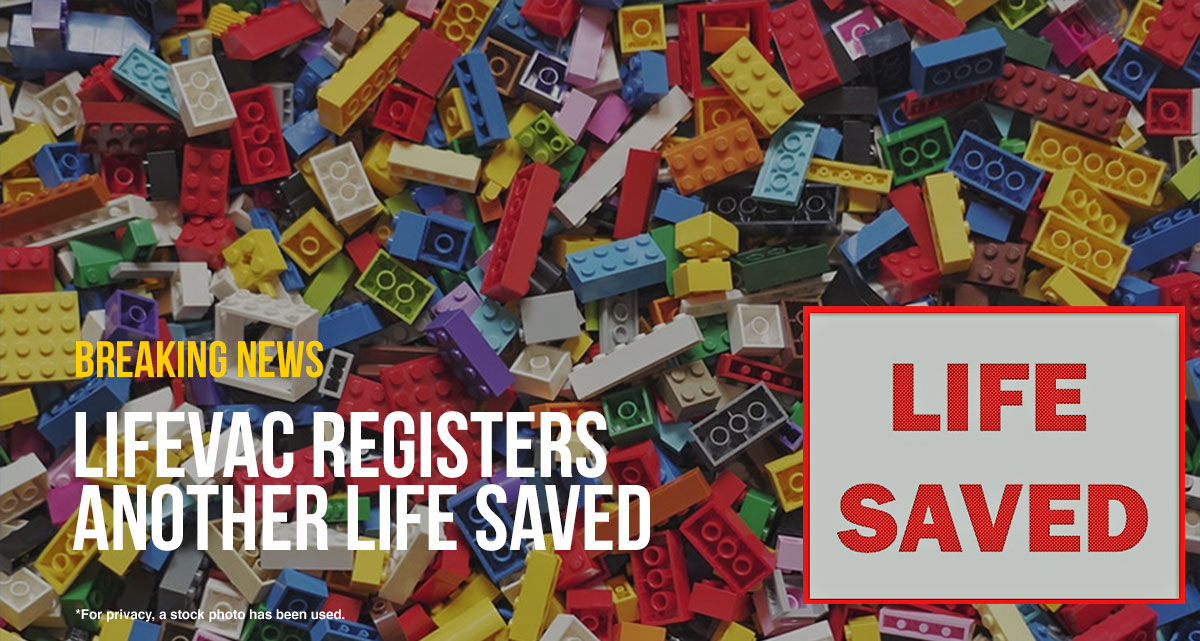 It was reported to us that a 4-year-old boy from Alaska choked on a Lego piece. The toy caused a partial obstruction to the young boy’s airway. Choking first aid rescue procedures were attempted but failed to dislodge the piece of Lego. The child’s father came quickly with LifeVac in hand and used it with the child in a sitting position, on the second application. The Lego piece was dislodged free clearing the little boy’s airway.

Thank God this family chose to purchase LifeVac after seeing the CCTV video of a hero mother saving her son while sitting in his highchair watching TV.

74-Year-Old Man Saved with LifeVac in a Choking Emergency …

LifeVac® are Proud to Share Details of Another Life Saved …