Is Choking as Uncommon in the UK as Some May Think?

The short answer is simple, no it isn’t uncommon at all. But trying to find the true statistics for the UK is extremely hard comparing to many other countries around the world.

The Office of National Statistics, NISRA, and NRS even state “Please note, deaths involving choking may not always be recorded as an underlying cause of death, choking may be recorded on the death certificate as a contributing factor. I.e., An individual suffering with dementia may have had the inability to swallow and therefore choked. The underlying cause would be dementia and the secondary cause would be choking.”

This basically means if the person who passed away had an underlying medical condition, then that would be recorded as the primary cause of death, not choking. This is why trying to find the actual statistics of “number of deaths caused by choking/FBAO” is extremely difficult in the UK and they are much greater than the figures recorded by the ONS, NRS and NISRA. 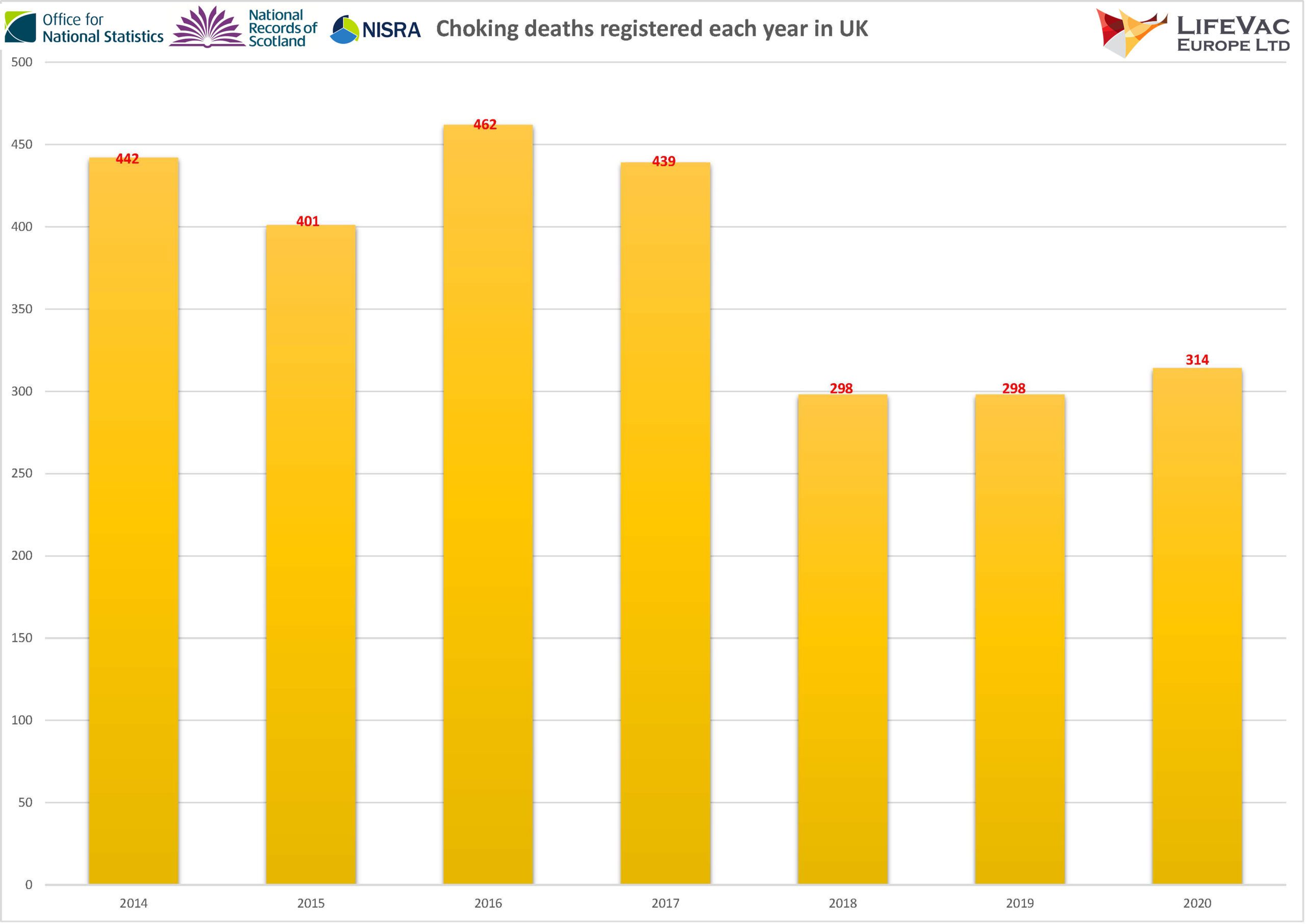 LifeVac Europe carried out Freedom of Information Requests  to the Office of National Statistics (ONS), NISRA, NRS and all NHS Ambulance Trusts in the UK to try and find data on choking.

The above chart represents the data that the ONS, NISRA and NRS hold on choking deaths in the UK, where choking had been recorded as the primary cause of death (where the person did not have an underlying medical condition).

As you can see, the number of deaths where choking was recorded as the primary cause have decreased since 2014, but in 2020 had risen by 6% in comparison to 2019.

Elderly MOST at risk of choking to death 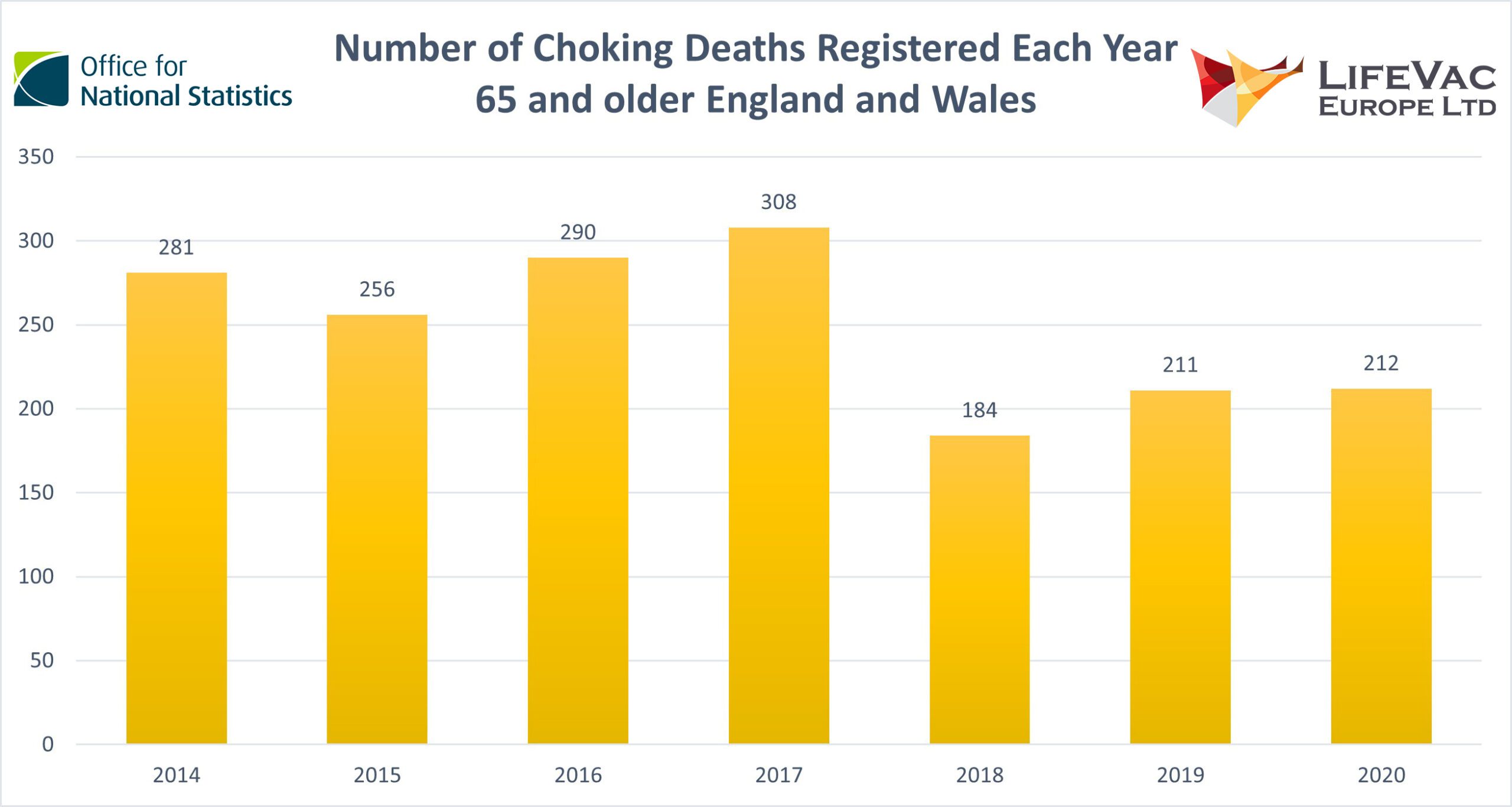 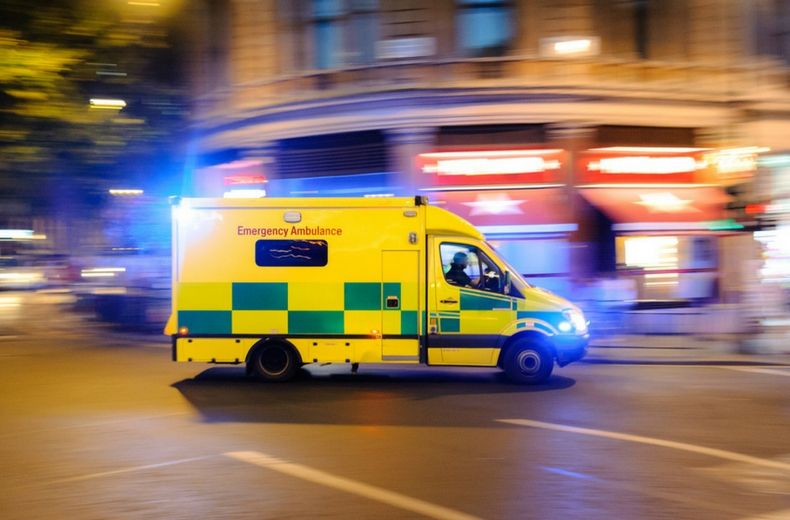 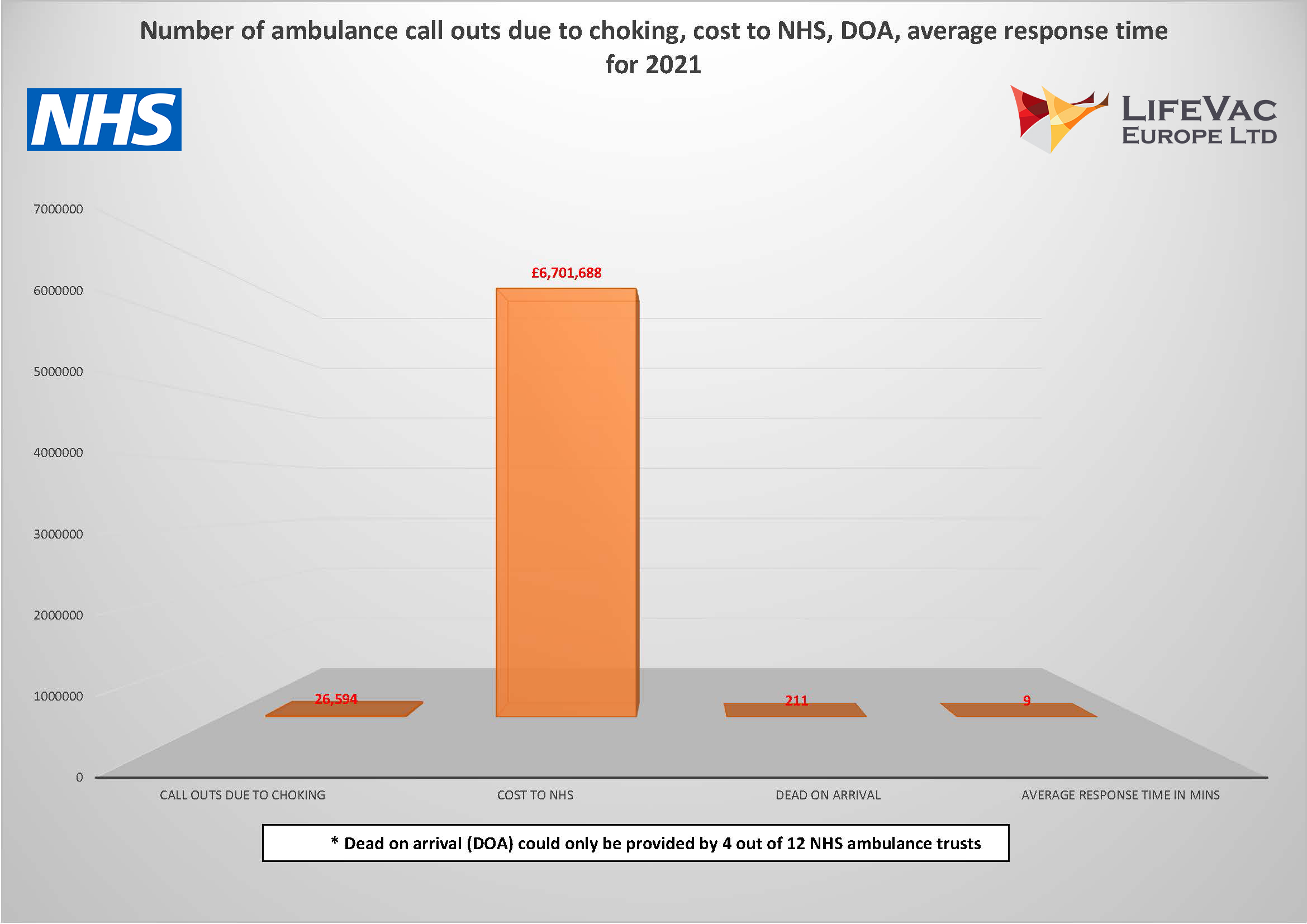 Out of 12 NHS Ambulance Trusts, we received 12 responses to our FOI requests, where we asked for data covering the number of call outs received due to choking, cost of an ambulance to attend a scene, average response time to a choking category call out and how many people were dead on arrival (DOA) for 2021. Only 4 NHS ambulance trusts held DOA figures, 8 NHS Ambulance trusts advised they do not know the DOA figure and we would have to contact each hospital to inquire. All NHS Ambulance Trusts advised they did not know how many people passed away due to choking once they arrived at hospital. 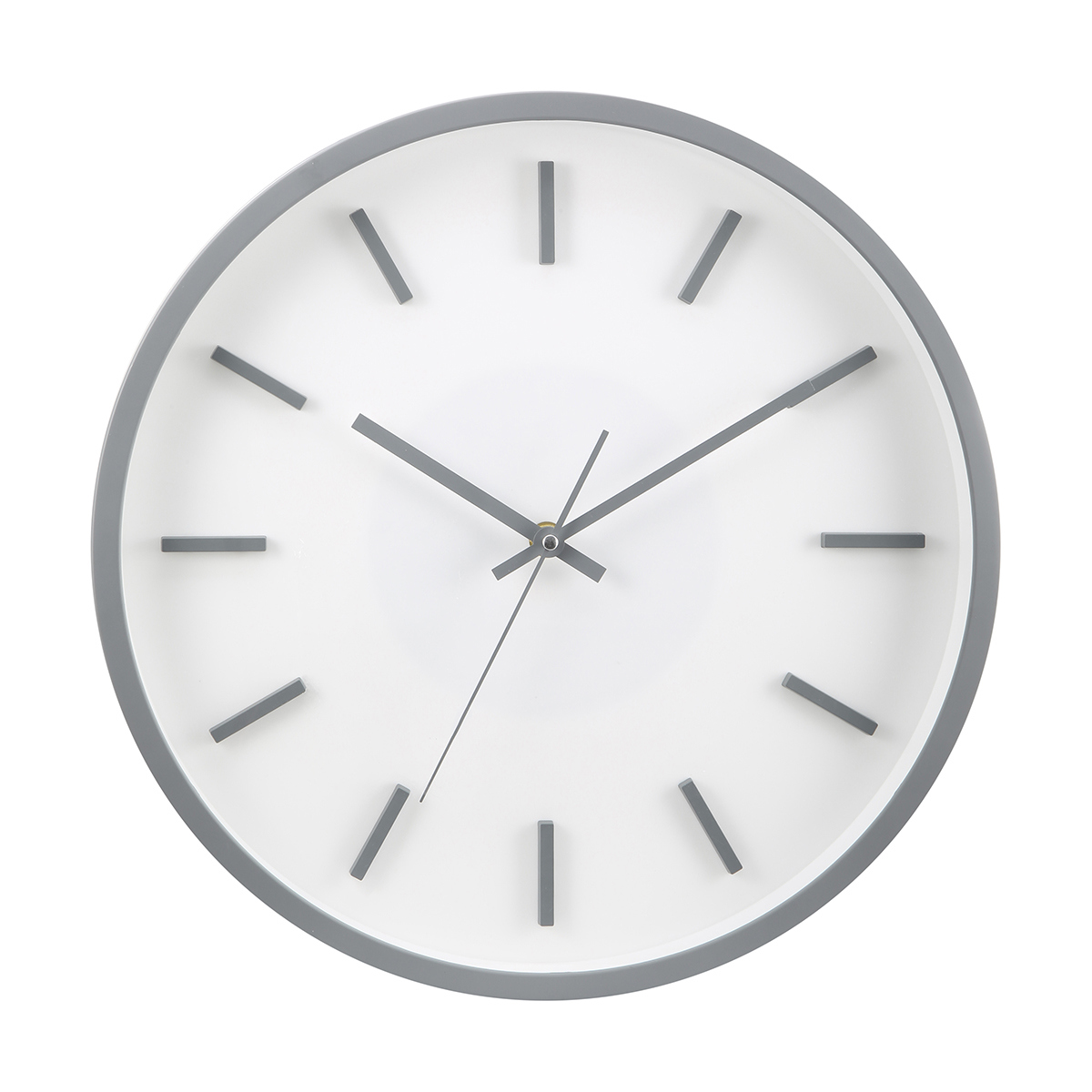 If we look at the 9 minute average response time for a choking call out and compare that to the time you have to try and save someones life in a choking emergency. You can see, a lay person is helpless if they cannot dislodge the obstruction in the casualties airway while waiting for an ambulance to arrive on scene:

Choking can kill in less than 10 minutes, time is of the essence when somebody begins to choke 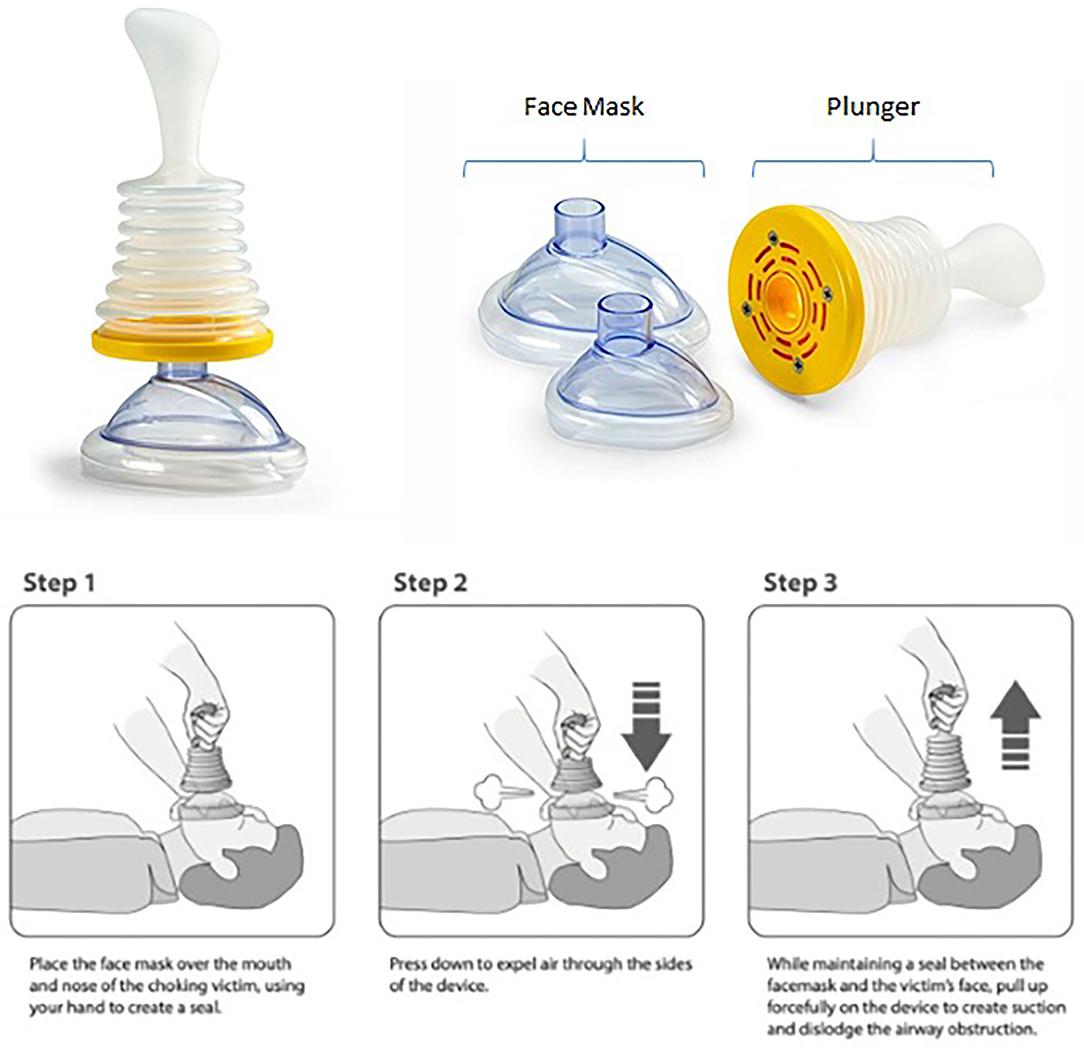 At LifeVac Europe, we are not sure if it’s a coincidence that choking deaths recorded by the ONS have decreased over the past 3 years as we have now saved over 321 lives in a choking emergency and work with thousands of care and nursing home providers across the UK. But we do know that our LifeVac ACD saves lives when all else fails or cannot be performed and provides an additional option to lay people when time is of the essence.

LifeVac® Saves Another Life in a UK Care Home