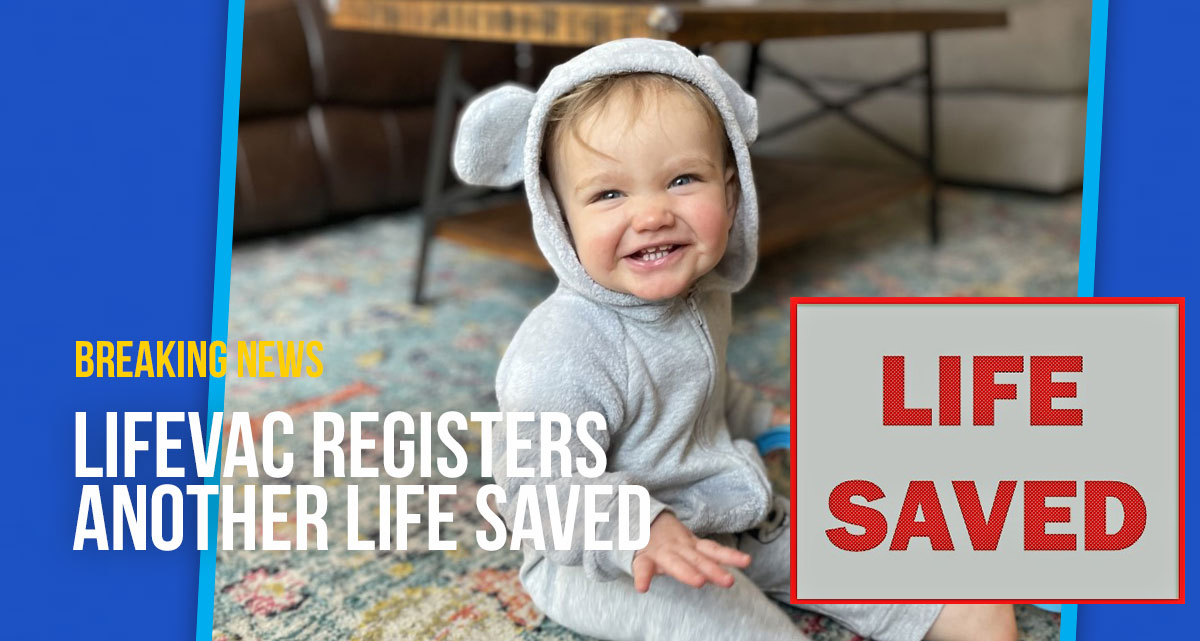 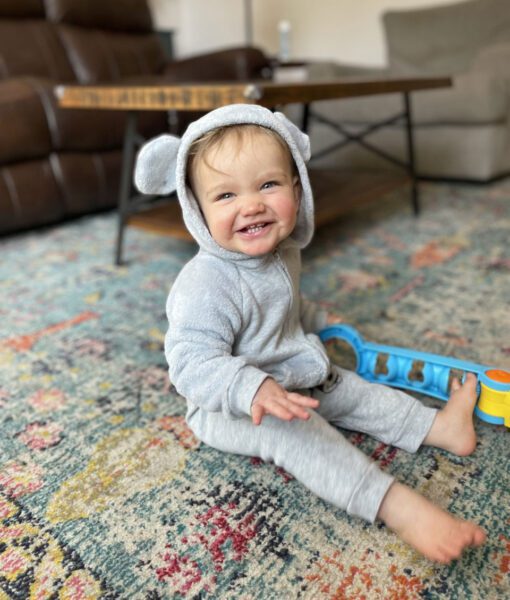 LifeVac are thrilled to announce another life saved

It was reported to us that a one-year-old baby boy choked on a yogurt ball causing a full airway obstruction. The child was clearly in distress and his mother immediately attempted BLS first aid choking rescue procedures.

Here is the mother’s terrifying story:

“My son Jack (1 years old) was eating his yogurt bites as he had done for months. He suddenly choked and within seconds was bent over in his highchair, blue, and unresponsive. I took him out of his highchair and used the abdominal thrusts, back blows, and CPR, but he still was not breathing. He was purple, with his eyes rolled back in his head. His body was limp, and I was so afraid he was already gone. I called EMS and remembered that my mom had gifted me a LifeVac device. I quickly found the device while on the phone with the  emergency call handler and by my third attempt my son started breathing again. The fire department and ambulance came in just under five minutes and luckily by that time he was awake and crying. They cleared him and we were able to avoid one of the worst things I could ever imagine. While I don’t suggest this device is a replacement for learning the first aid or CPR, I know for a fact that it is the reason my son is alive today. I am so grateful and lucky that Jack is alive and unharmed, but he came very, very close. Seeing him unresponsive like that will forever haunt me.”

If First Aid Choking Protocol is so Effective, Why was LifeVac Invented?

The Truth Around Choking … 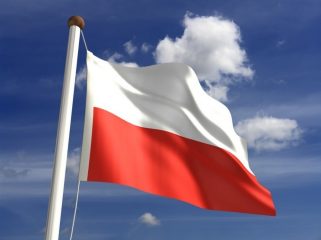 LifeVac saves 35th life in the care sector and 1st life in Poland!

On the 9th of August 2019 we were informed that LifeVac saved another life. … 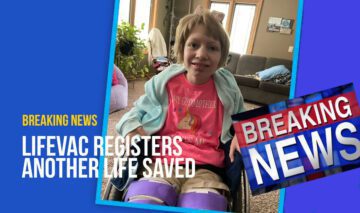 LifeVac saves a young wheelchair user in a choking emergency …