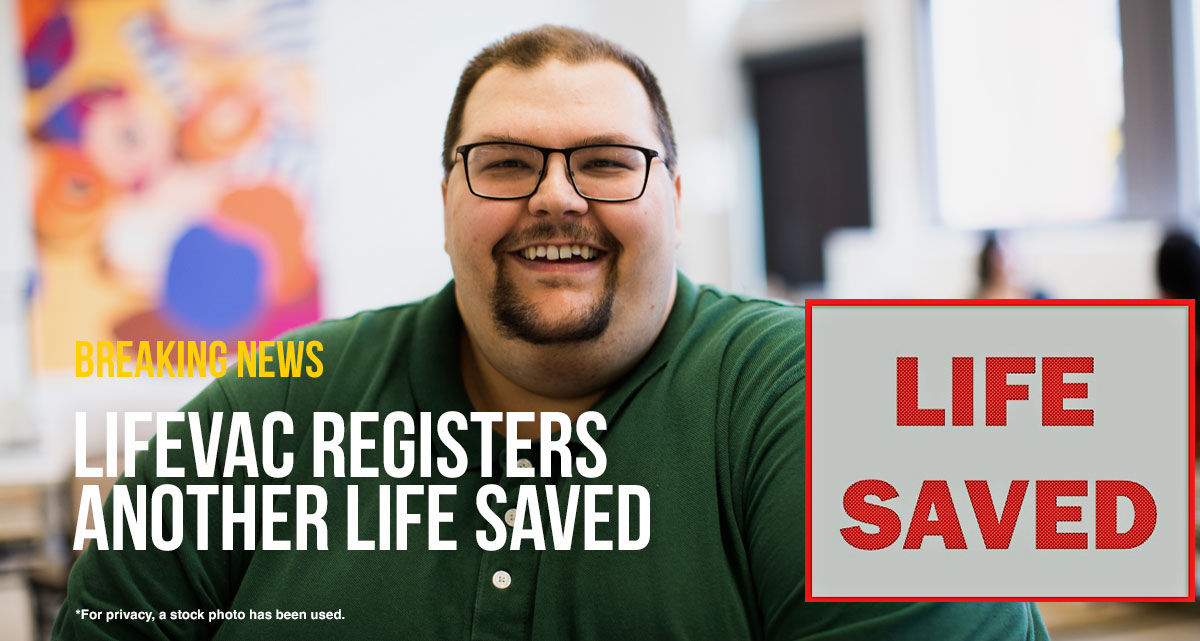 LifeVac are proud to share news of another life saved

It was reported to us that a 50-year-old gentleman was saved by a Good Samaritan. The gentleman began to choke on a piece of chicken that caused a full airway obstruction  Unfortunately, no one was able to perform the abdominal thrusts due to his stature. Thankfully a Good Samaritan had a LifeVac in her car. After two attempts the food was dislodged saving his life.

“The device dislodged the chicken and was fine after that. He did not want/need further medical treatment. Absolutely! saved his life!”

LifeVac Saves Another Life in a Choking Emergency

LifeVac Saves Another Life within a UK Nursing Home

First Responders Save 79-Year-Old in Wheelchair with LifeVac