Home / LifeVac® Saves Another Life in a UK Care Home

It was reported to us, that LifeVac® was used again in the UK care sector. This time in a care home situated in Wales

An 80-Year-Old female resident was enjoying her breakfast when porridge became lodged in her airway. The porridge caused a full airway obstruction.

Staff acted quickly and accordingly delivering back blows. Unfortunately these attempts could not dislodge the obstruction. The resident could not receive the abdominal thrusts, due to being bedridden.

Staff quickly grabbed their LifeVac® device from the wall mounted box. LifeVac® was applied while the resident was in a sitting position. On the 2nd Place-Push-Pull®, LifeVac® dislodged the porridge saving the choking casualties life. 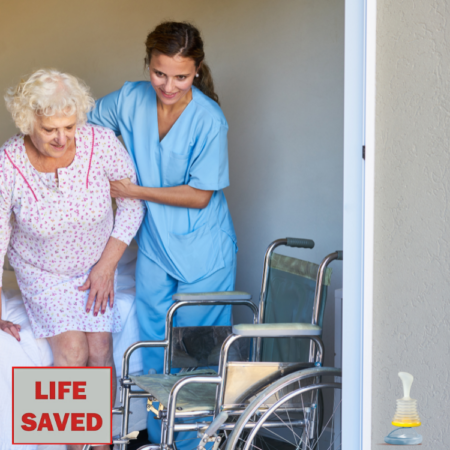 5-Year-Old Chokes and is Saved with LifeVac

5-Year-Old Boy Saved by LifeVac in a Choking Emergency …